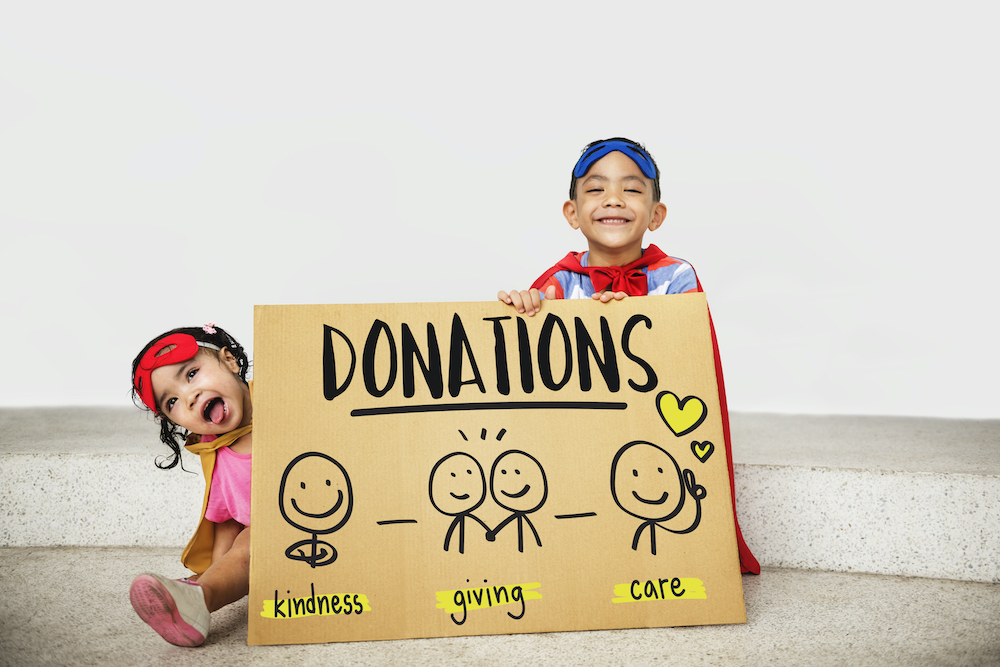 Non-profit organisations provide vital services to marginalised communities while employing roughly 800,000 people. But due to the economic challenges of the pandemic, South African NPOs have been struck by severe cutbacks in donations and other sources of income.

The Covid-19 pandemic has brought with it many challenges that affect all of us in different ways. Its destabilising effects range from a global and local economic downturn, to poverty, unemployment, potential famine and inequality, to name but a few.

As a result, many people around the world have been left destitute and in serious need of aid. Although the devastation caused by Covid-19 has also been challenging for humanitarian organisations, it has highlighted again the important role they play, especially in times of crisis.

According to the United Nations, “the lack of access and restrictions placed by governments around the world has resulted in communities, civil society and local non-governmental organisations (NGOs) being the frontline of the response.”

Not surprisingly, the UN’s World Humanitarian Day on 19 August celebrates the contribution of groups who are delivering much-needed aid to people severely affected by the pandemic.

South Africa’s third sector is no exception. With more than 220,000 registered non-profit organisations (NPOs) and countless community-based organisations (not necessarily officially registered with the Department of Social Development), the sector remains vigilant in its efforts to ensure that poor and socially dispositioned communities are tended to during these challenging times. These organisations provide a variety of services to marginalised communities while employing roughly 800,000 people.

Due to the pandemic and the national lockdown resulting in economic challenges for all sectors of society, South African NPOs are experiencing cutbacks in donations and other sources of income such as fees for implementing both government and community programmes, as well as corporate social investment (CSI) projects. NGO Pulse, says the survival of many NPOs will “require smart leadership and creative fundraising efforts to prevent the downscaling of operations or staff losses”.

There is very limited research available to quantify the social development contribution of NPOs. However, the value of the services these organisations deliver to marginalised communities can easily be identified in the availability of, for example, food banks, soup kitchens and healthcare facilities in areas which otherwise would have been forgotten by the government. It is important to note that NPOs come in different shapes and sizes and can range from micro-voluntary associations with limited resources to grassroots organisations that are embedded in communities, to larger more professionalised organisations which perform extensive and often highly specialised services.

Veteran social activist Shelagh Gastrow points out that the value of NPOs can be assessed according to the following points:

According to Social Change Assistance Trust director Joanne Harding, the least-known value of NPOs is that “the… sector is a massive employment provider” and directly contributes to economic stimulation and growth.

Unfortunately, Covid-19 presents us with a lot of uncertainty and this is likely to remain an ongoing threat for the foreseeable future. This leaves NPOs extremely vulnerable, especially with regard to funding. Some are already experiencing a decrease in funding, or fear funding cuts in the future, as some local, as well as international funders, have withdrawn their funding due to the pandemic. This leads to additional job losses as NPO programmes, and the people they employ, depend largely on funding from external sources. Therefore, NPOs have to develop and implement fundraising initiatives in the hopes of acquiring new donors while at the same time delivering crucial services in various communities.

One example is the excellent work of Mercy Aids in the Fisantekraal area near Durbanville in the Western Cape. Their main vision is “to see all children cared for in such a way that they have ample opportunity to reach their God-given potential”.

Amid the Covid-19 pandemic, this vision is translated into providing food support for the people of Fisantekraal and Mercy Aids partners with various soup kitchens which feed 4,000 people per day. However, this is only possible with a constant income stream from donations which are slowly becoming less, resulting in ever-worsening social and economic conditions for the community. They are currently running a permanent fundraising campaign via Twitter, WhatsApp and other social media platforms to encourage both individuals as well as businesses to donate to their cause and help keep the soup kitchens afloat.

Although South Africa’s third sector is continuously disregarded as a vital role player not only in the country’s economy, but also in the broader society, NPOs remain vigilant and adamant to persevere during the worst of times to ensure that the socially dispositioned are not forgotten by government’s inability to address the social justice issues that continuously prevail in our society. And for that, we thank them.

Anika Berning is a lecturer in the Department of Business Management at Stellenbosch University (SU) and is also the module leader for Management Control in NPOs which forms part of the Post-Graduate Diploma in NPO Leadership Development offered by Stellenbosch University Business School (USB). She is busy with her PhD focusing on management systems and strategy for NPOs in collaboration with SU and the Vrije University Amsterdam in the Netherlands. She has also recently launched consulting services specifically for NPOs and social sector acceleration.

Understanding the mental health of NPOs during the Covid-19 pandemic

NPOs must be part of rebuilding SA

Insights
Nonprofit organisations have a crucial role to play in service delivery, given the lack of government capacity Despite still being in the thick of the pandemic and its social impact, many will undoubtedly agree that our efforts should be forward looking and focused on exploring ways to help pick...

Marginalised, desperate and angry: The poor are now beyond breaking point

Insights
People all over the world are feeling physically and/or mentally exhausted, while others are depressed, fearful and anxious because of the hardship they have had to endure as the ubiquitous pandemic and its seismic after-effects continue to cause havoc across all sectors of our global society. S...

Insights
Established in 2009 to address widespread hunger in South Africa, FoodForward SA connects a world of excess to a world of need by recovering quality edible surplus food from the consumer goods supply chain and distributing it to community organisations that serve the poor. More than 80% of t...

Insights
The networks provided by non-profit organisations reach deeply into communities. In the ‘new world’ in which we will find ourselves, we will need the NPO sector even more to ensure that vulnerable people and all communities receive the support they need. The UK government has announced that the ...

Insights
SchoolNet SA’s purpose is to act as a catalyst and an enabler of positive change for the education system. Omashani Naidoo talks to me about her journey to lead this public benefit nonprofit company that focuses on ICT in education for teaching and learning.  What was y...

Insights
The COVID-19 pandemic is the defining global health crisis of our time. Since COVID-19 first emerged towards the end of 2019, and the World Health Organisation (WHO) declared it a pandemic on 11 March 2020, it continues to have significant social and economic consequences for all sectors of Afric...

Kolisis call for fresh thinking after “a time of mayhem”

Insights
“We need to listen to what people dealing with challenging circumstances really need,” says Rachel Kolisi, co-founder of the Kolisi Foundation. This and other fresh new thinking is being championed by young philanthropists such as Kolisi and her husband Siya as key ways in which to meet the count...

Make your voice heard: Proposed Amendments to the NPO act

Insights
Those of us who work in the sector estimate that we have seen (and been involved with some parts of) about four or five processes of development of amendments to the NPO Act but none of these has seen the light of day, as new brooms have swept (not clean, that phrase is not appropriate) but they ...

Insights
The nonprofit sector is the only one with a name starting with a negative, communicating what it is against, not what it is for. Shakespeare once wrote: “A rose by any other name would smell as sweet”.  This is true for many things in life - freshly baked bread, popcorn at the movies, and t...

How to stop the degradation of our museums and cultural infrastructure

Insights
We are witnessing the collapse or near-collapse of key museums and heritage institutions in South Africa. How do we remedy this? This year is the African Union year for Arts, Culture and Heritage. This week the African Experts’ virtual meeting on Sites of Memory and World Heritage Convention in ...
Back to Homepage

Back to Top
Stay connected!